This post is also supposed to turn out short, as well as devoid of any particular enthusiasm. But anyway, the morning started pretty well. We got up, had a slow breakfast at the poolside (by the way, the breakfast in Chiang Mai is leading so far, compared to breakfasts in other cities: there’s more variety, the food is tastier and the place looks more pleasant overall), and went for a walk to the Old Town on our own. 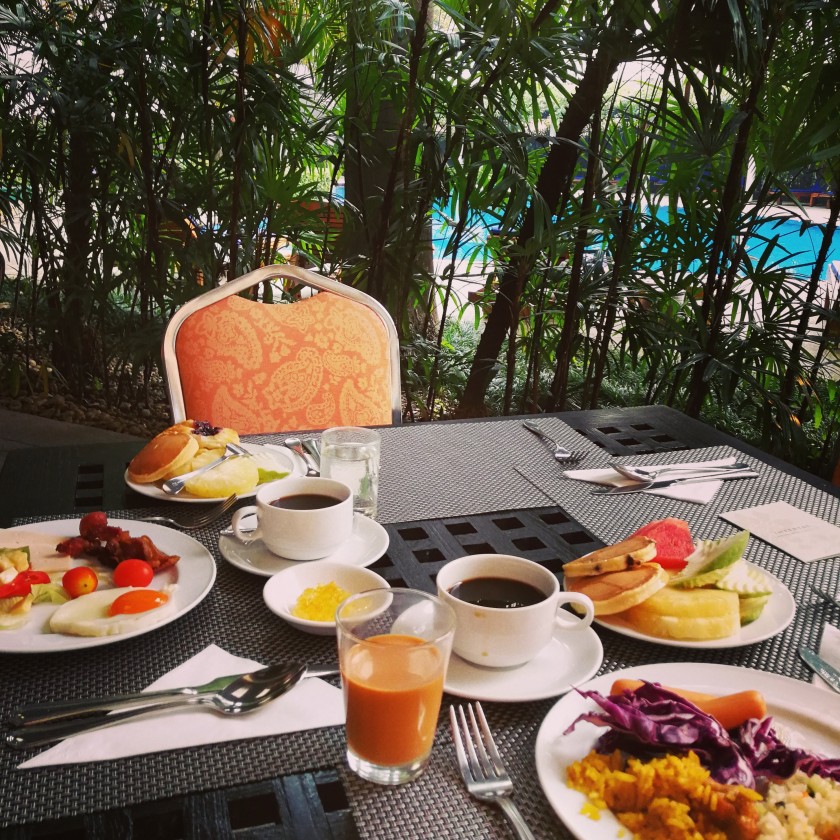 Basically, just as during our evening walk with the guide, we didn’t discover anything particularly remarkable in the Old Town. Well, there is a medieval city wall, but I’ve seen better walls. Otherwise, there are lots and lots of temples at literally every step – I think, Chiang Mai has around 300 of them, in fact, that is what it’s famous for. 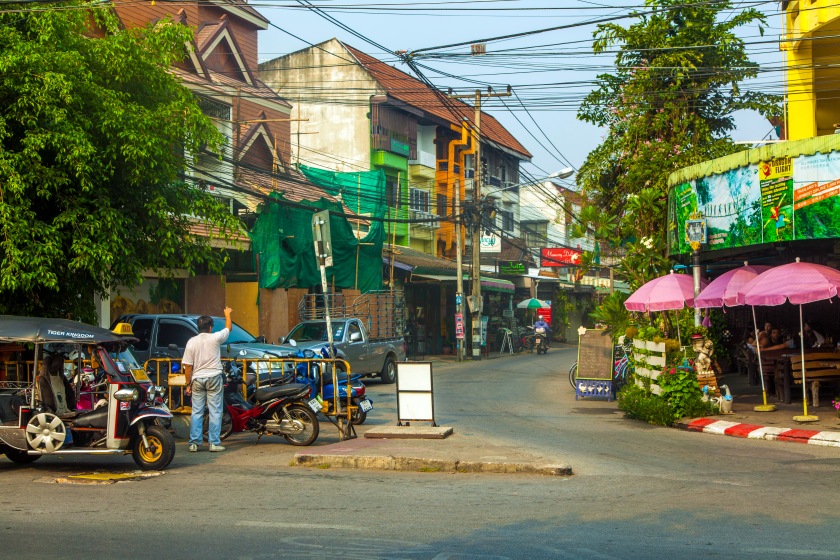 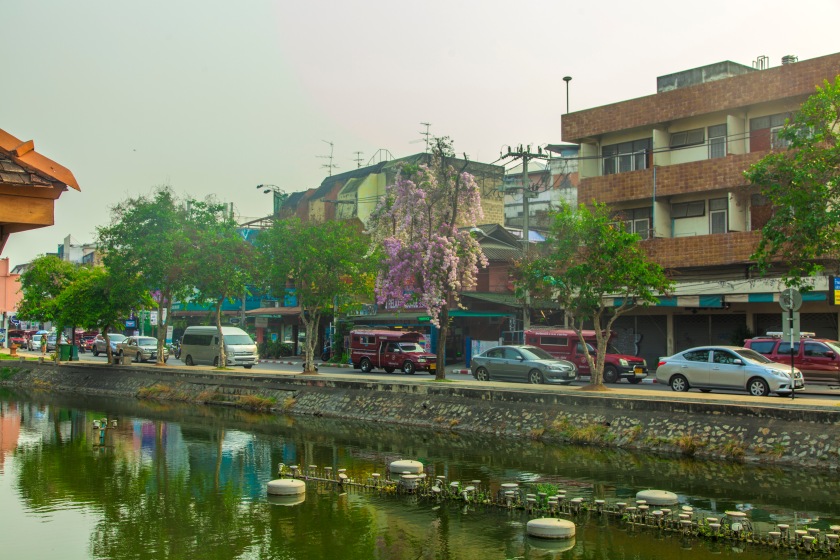 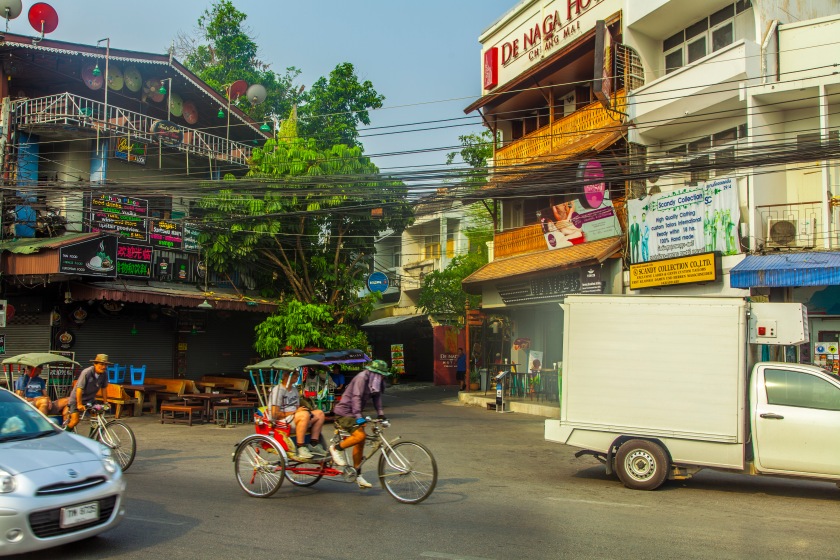 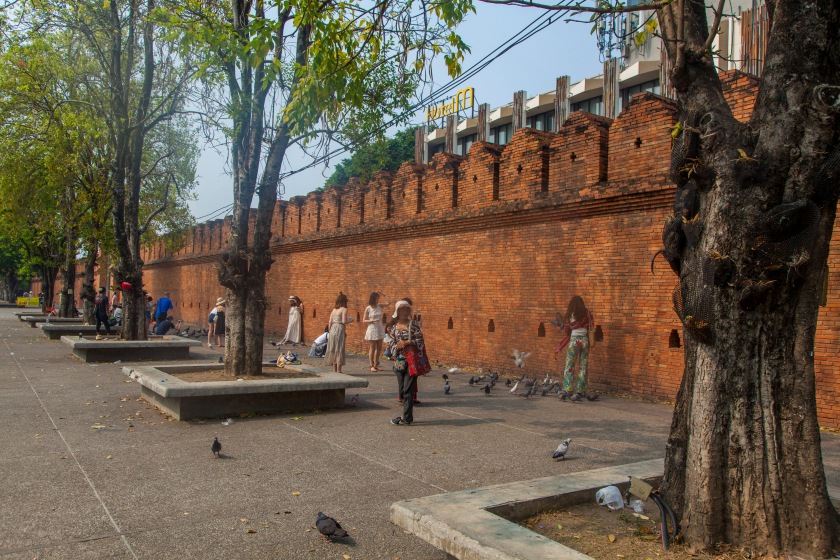 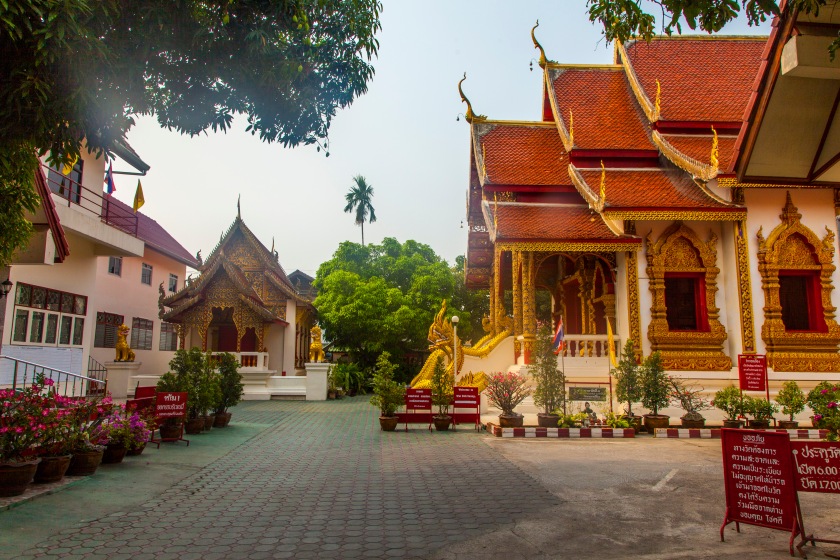 On the way we noticed an interesting procession. First we saw school-aged boys in identical white clothes. They were followed by girls, in the same type of clothes, only with skirts. Then we saw young monks of the same age in monastic robes of the same white colour. There were also occasional adults, dressed normally, but all carrying beautifully folded orange cloth in their hands – it looked as if they were carrying robes for monks as a gift. Some schoolchildren were carrying some flags or portraits of the king and members of the royal family. Unfortunately, we weren’t able to figure out what kind of event that was and where they were all heading. 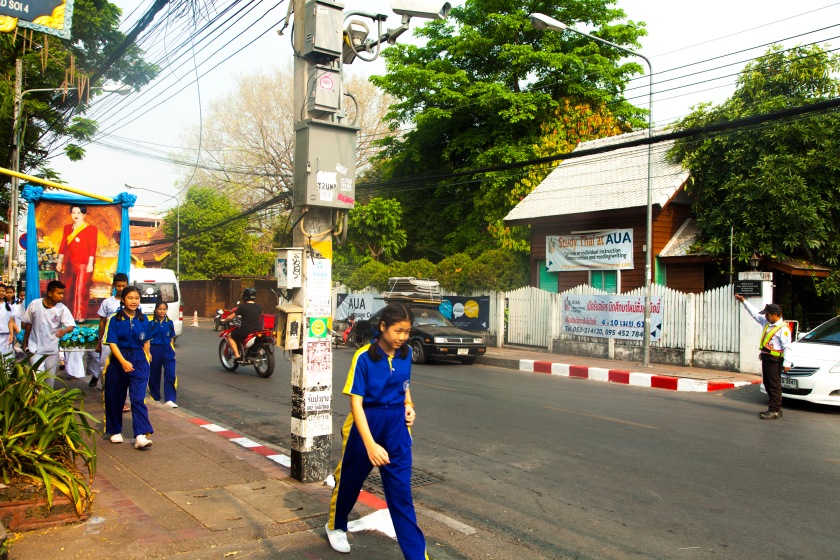 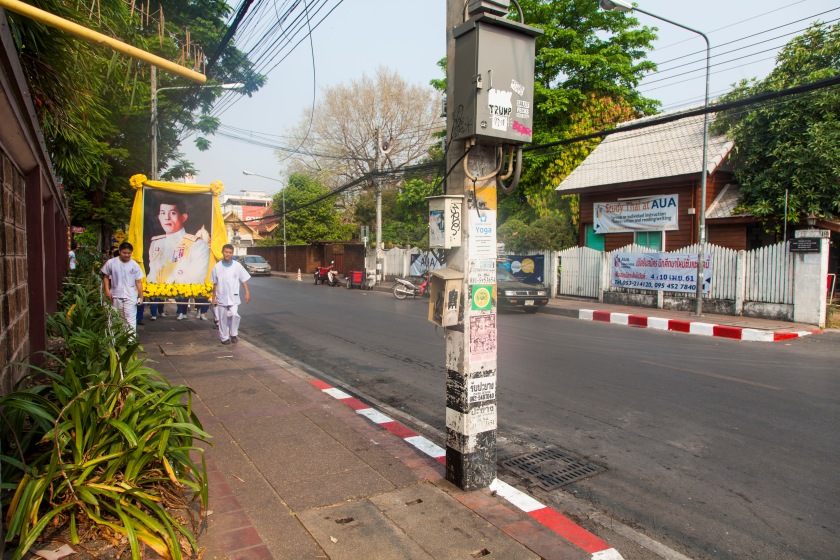 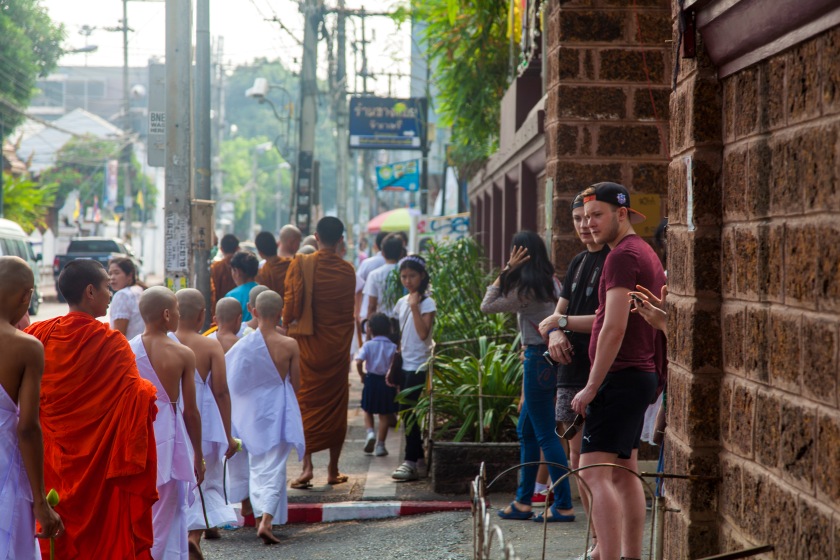 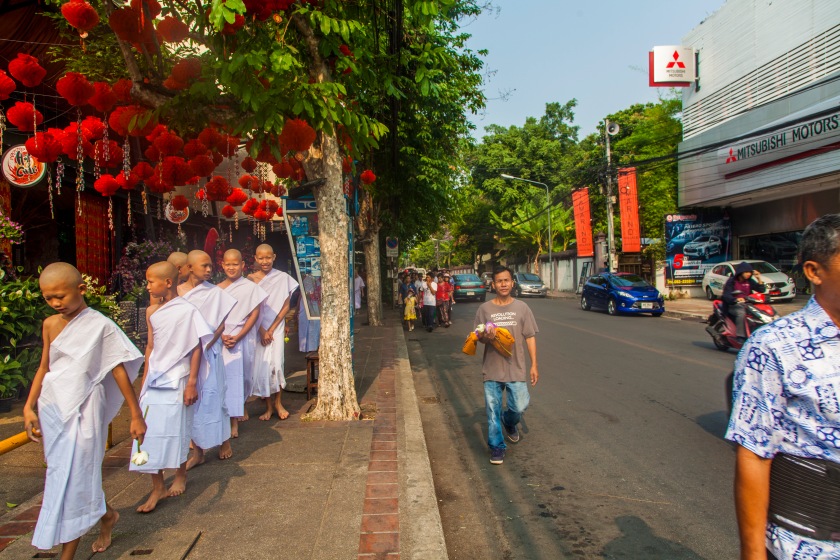 We didn’t get to do a long walk, as it became very hot, so we returned to the hotel, packed and came downstairs to the lobby to wait for our driver for our airport transfer. Kudos to the driver, he arrived exactly on time – it’s not for nothing that we liked him (moreover, in the driver-guide tandem, he was definitely our favourite).

The flight to Phuket itself was on time and went fine. But at the airport there was a surprise waiting for us – or rather, there wasn’t anyone waiting for us at all. Based on our experience working with this travel agency, this came completely unexpected, as neither in Vietnam, nor in Thailand so far had we faced such issues. We tried calling the agency, but no one responded – it was Saturday, after all. To our great luck, though, we had a business card from Vanna, our Bangkok guide. We called her, she followed up, and it turned out that there was someone waiting for us after all, but he didn’t have our names written on the paper, or maybe forgot about us completely. By the way, he wasn’t a personal guide, but merely a representative of the transfer company, and, having made us wait for some more time, finally organised a car with a driver for us. In total, we had to wait for at least 45 minutes. Honestly, it wasn’t the most pleasant experience, because while our Vietnam trip had left us with the impression that we were much better off taking a tour than if we’d organised the trip ourselves, in a situation like this we definitely felt that it would have been way easier for us to just get a taxi and not spend ages waiting.

As for tomorrow’s cooking class, no one left us any instructions either. Once again, many thanks to Vanna, who came to our rescue and found out everything: who would pick us up and when.

As a result, we arrived at the hotel already in the dark, and didn’t get to see much. The beach is right across our hotel, and there seem to be many different restaurants around. We wend to one of them straight away to have seafood and really enjoyed sitting on the terrace overlooking the sea (in the dark). The prices in Phuket are significantly higher than elsewhere and apparently, the restaurant itself wasn’t cheap as well. By the way, alcohol is relatively expensive throughout Thailand. A glass of wine or a cocktail here will cost the same as a main dish, if not more.