We got our Capri trip almost with a fight. Poor Larissa was really struggling to arrange it for us, but all her efforts met a “brick wall” of the complete apathy of her Italian colleagues. Her requests were passed from one to another, delayed by half an hour, then by another half an hour, and it looked like the trip was about to burst like a soap bubble, when finally, totally desperate, she explained to us how to get there pretty much on our own: take a taxi, then board a boat and then find a tour at the port. She didn’t possess any maps of Capri or guide books, so just had to draw some directions using pen and paper. 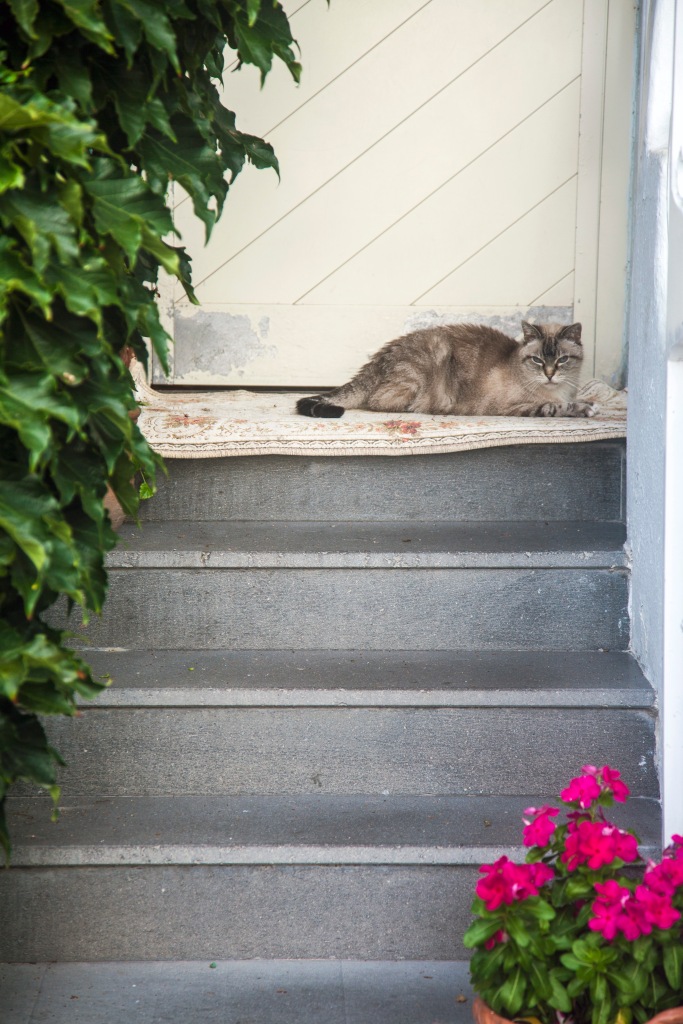 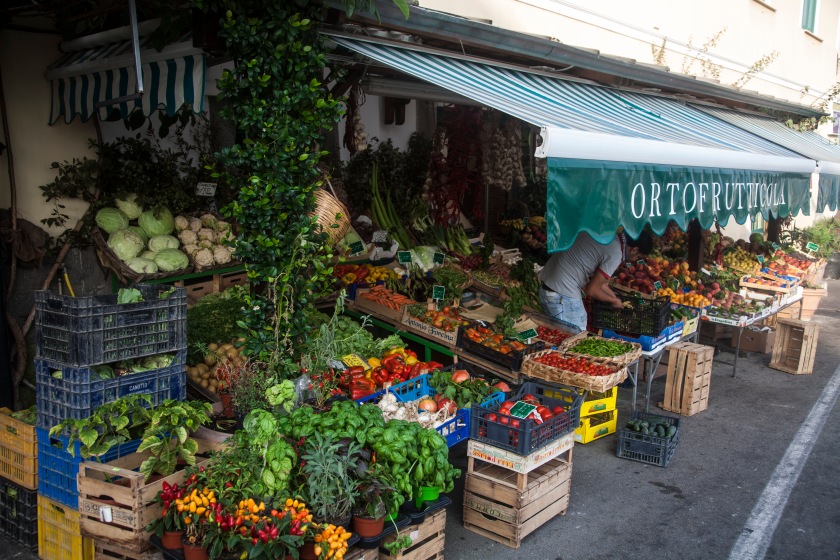 The boat took about an hour to get to Capri. Fortunately, the day was more or less cloudy, and there was a delightful breeze at the top deck of the boat. We boarded it in Forio and sailed around the whole Ischia, stopping to pick up passengers at all the Ischian ports: Lacco Ameno, Casamicciola and Ischia Porto.

Larissa had promised us that there would be Russian-speaking tour guides chasing tourists right at the port, but we didn’t want to entrust ourselves to chance and signed up for the Italian/German/English language tour offered directly on board.

Having got rid of this concern, we immersed ourselves in observing other passengers, and were not generally too impressed by their looks. There were quite a lot of sweet couples, gently kissing and hugging, however some of them seemed just plain unattractive. The men looked like a mixture of Julius Caesar with Danny DeVito or Savely Kramarov and the women looked sloppy, scruffy, ready to become coarse in a few years – I’m not trying to be mean here, but you just so imagine them in hair rollers and robe, yelling at their screaming kids!

For reference – the area of the Capri island is four times smaller than that of Ischia, making a total of ten square kilometres. The island is essentially a limestone mountain (as opposed to the volcanic Ischia), so it doesn’t have beaches per se. There are only two towns here, the lower one being Capri, and the higher one is called Anacapri. The water washes away the limestone, which results in the formation of grottos. We took a bus to visit the most famous one of them – the Blue Grotto – once we got off the boat. 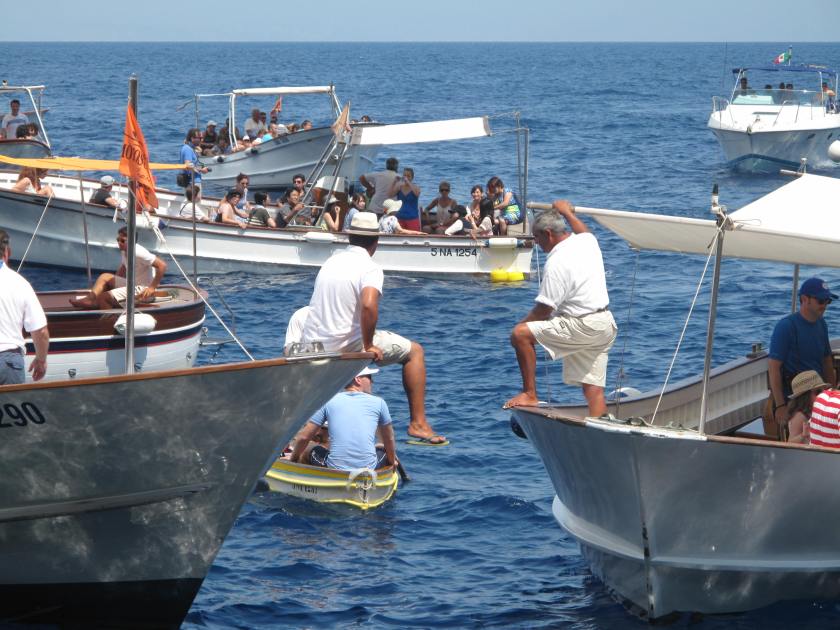 We turned out to be very lucky: the Blue Grotto can be entered only forty days a year (at least, so we were told!), at low water, and we just made it before it closed for today. This is how this all worked: the bus drove us right up to the stairs running down to the water, where there was a myriad of row boats with rowers. We had to wait in a queue; then manage to climb into the row boat, which was not that easy at all; then sail on it to the floating box office and pay there; and then lie down on the boat floor, as the entrance to the cave was very low. We entered into absolute darkness, lit only with occasional camera flashes, and accompanied by many-voiced rendition of “O Sole Mio”. We understood why the cave was called blue only once we turned back: illuminated with the light coming through the inlet, the water and ceiling coving got an amazing blue colour. 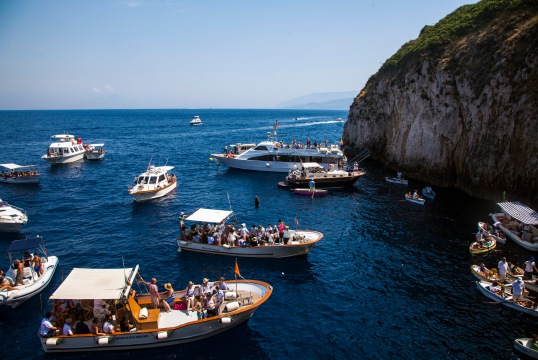 After seeing the grotto, we were taken to the central square of Anacapri. Here our opinion differed with that of Larissa, who had been convincing us that there was nothing to see in Anacapri, and praising Capri – we actually liked Anacapri better, with its magnificent view from the observation deck and a lot of very nice shops. It seems that the symbol of the island is lemon: there are loads of lemon-related souvenirs; there is a lovely refreshing drink made of lemon juice with crushed ice  sold everywhere, and the crown of all is the famous limoncello liqueur. Unfortunately, we only had time to catch a glimpse of all this beauty, as most of the free time we were given was taken by lunch, which our guide Cecilia was so ardently advocating to have right there, that we thought she was receiving commission from the restaurant for referring clients.

Later we were taken down to Capri. Here we saw (from the distance) the house of the “stormy petrel of revolution” Gorky, and Cecilia told us that in 1907 he had been visited by Lenin here – there is even a monument to the latter in Capri (which, by the way, no one thought of destroying!). We were told that here is where he was planning the revolution. 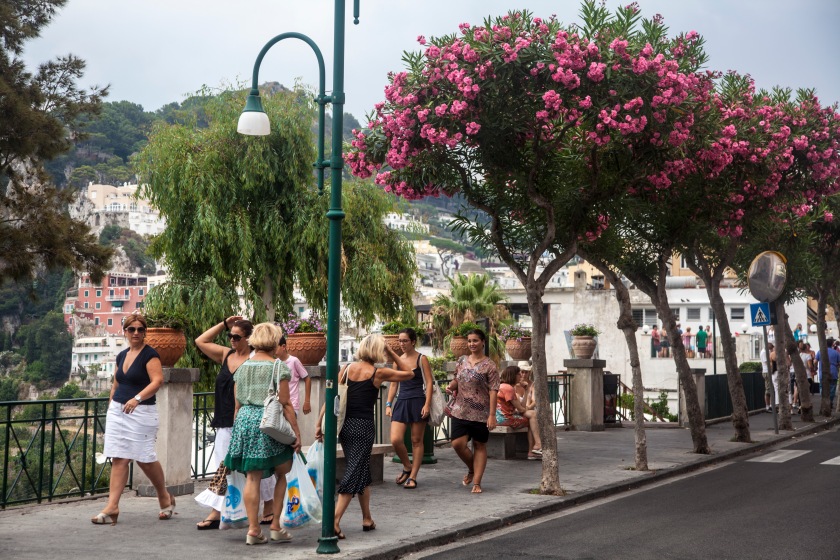 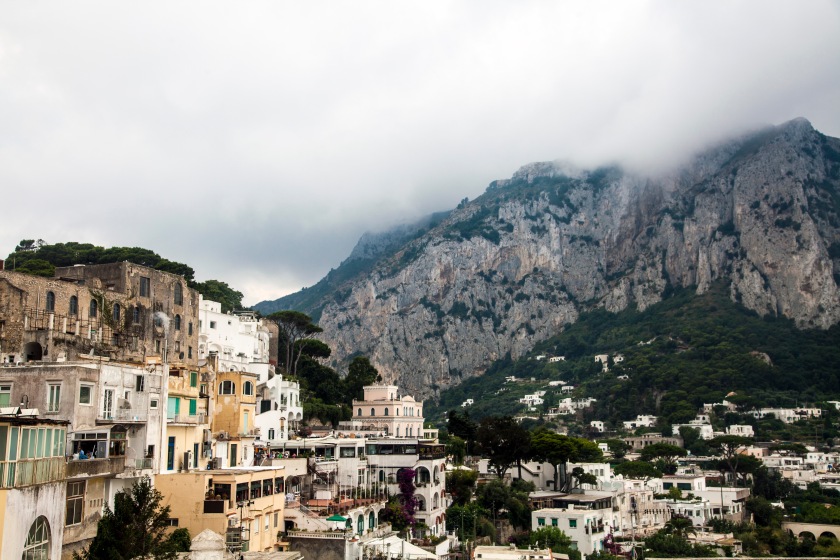 How did we find Capri? Very cramped, too posh, bristling with villas and gorgeous boutiques with crazy prices. On the narrow roads of what is assumed to be the pedestrian zone there are electrocars constantly scurrying around – we have them in Sant’Angelo too, but there they are not flowing continuously and are therefore not so annoying.

By the way, all of this splendour functions only from April to October – in winter Capri becomes dormant, and any connection with Ischia stops. Therefore, as Cecilia said, most Ischians have never been to Capri – in summer they are employed in the tourism sector, and in the winter it’s difficult to get there (via Naples), and there is hardly anything to do as well.

If Anacapri was cool and pleasant, in Capri, despite the occasional drizzle, and perhaps because of it, it was very hot and humid. In this swelter we visited the Augusto Gardens and took numerous pictures of the famous Faraglioni rocks.  This stuffiness made the above mentioned lemon drink (la granita) the main highlight of the garden visit. Oh, Larissa, Larissa, we thought, this is where we should have been sitting on a terrace of some restaurant, staring at sauntering tourists and scurrying electrocars, instead of doing so in Anacapri, which instead was perfect for walking.

The drizzle finally ended with a magnificent rainbow that we saw on our way back. 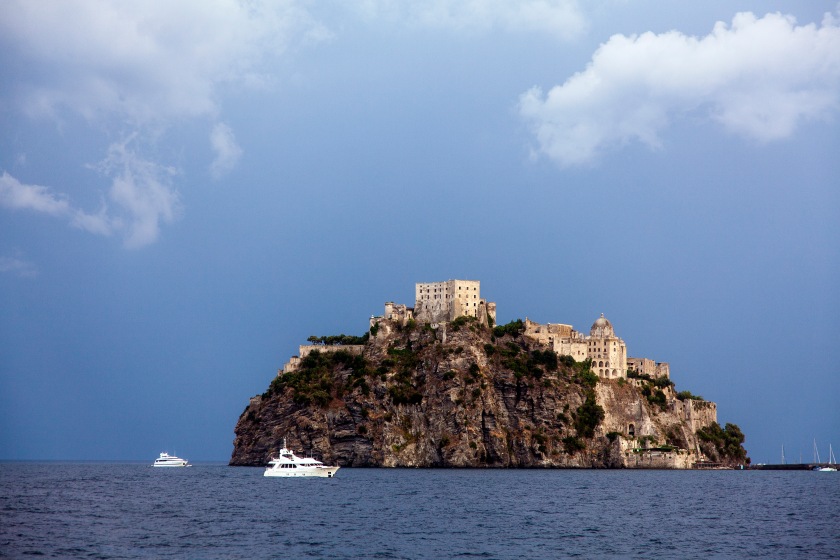 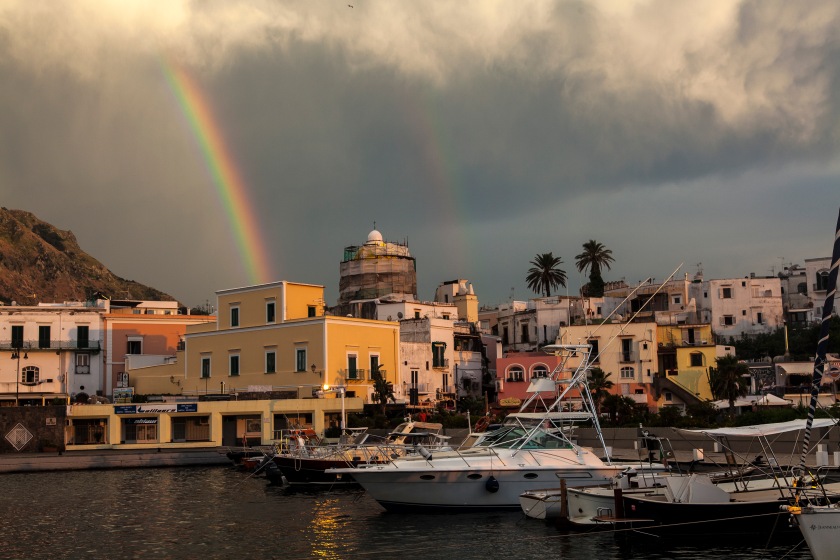 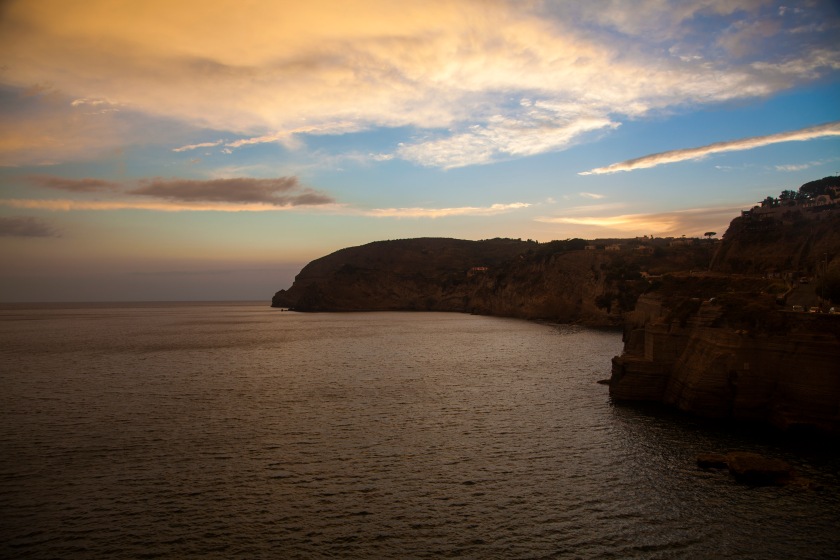 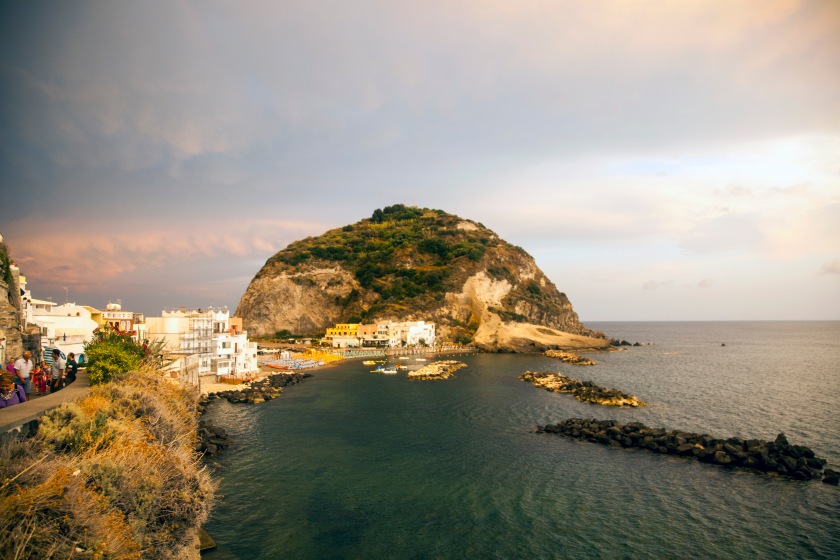