The next morning, on Sunday, we confidently walked down the beaten path to the tour bus which drove us off to the Vatican. The queue, twisting, was encircling the entire St. Peters’ Square and looked so long that our very first idea was to turn back and leave. Then we looked closer: it turned out to be moving very fast, so we joined it. 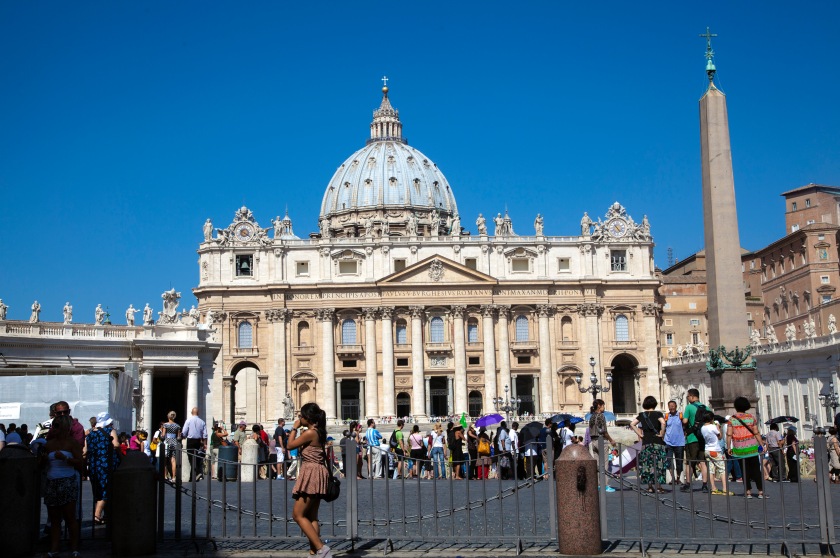 And then it was as if an angel made us ask two Russian girls standing behind us to take our picture, which they did. But what was the most valuable part of this contact is that they told us that we would not be allowed in the holy place with bare shoulders and knees. It was then that we realised why the Square and the whole nearby area was swarming with vendors selling ugly cheap shawls, and we bought a couple.

The forty-minute queue resulted in us finally getting into the St. Peter’s Basilica. This is not the place, talking about which one would want to ironise. It is beautiful with its majestic dome, magnificent paintings and the sound of organ (it was exactly the time of the Sunday Mass). We were walking around, staring and admiring, but our eyes, nevertheless, were looking for the entrance to the Sistine Chapel – was it here at all? Finally we asked someone and it turned out that it was closed on Sunday (right, one should have thought about that!)

Instead of the Chapel we were led to a grotto, where many popes are buried. I would say this was the least interesting part of our visit to the Vatican. On the way out, as an act of kindness, we gave the shawls to some other unfortunate barelegged and bareshouldered girls, who faced an unpleasant surprise after waiting in the queue: the guards were inexorable and wouldn’t let them in.

The bus took us further, following the same route at yesterday, but didn’t bring us anywhere close to the Trevi Fountain, which we were planning to visit – again because it was Sunday – but left us in what seemed a bit of a remote area not far from Villa Borghese. It looked like the only solution was to take the taxi loitering nearby. But the driver turned out to be a decent chap (or maybe simply too lazy to move), so he told us that it would literally take us a couple of minutes walking down the street to reach the fountain. Well, let’s say, he exaggerated a little, but in any case the steep narrow road took us where we were intending to get. We diligently pushed our way to the fountain, threw some coins and made wishes. 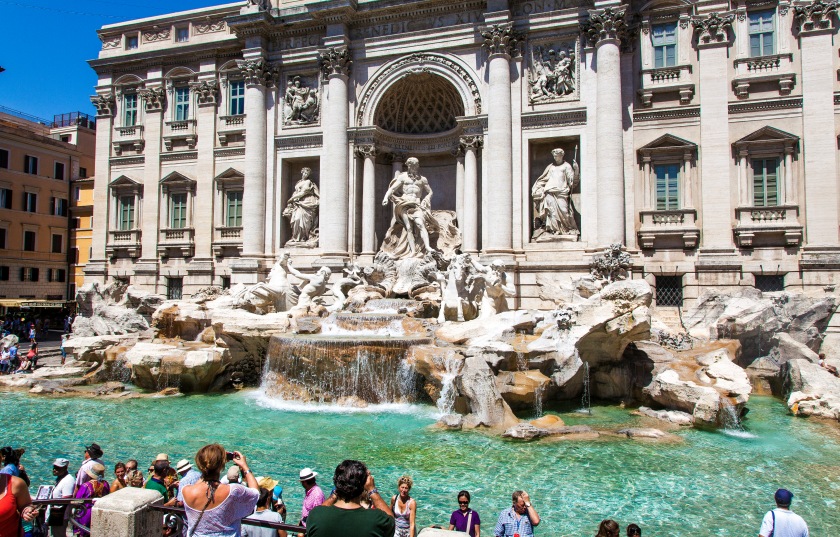 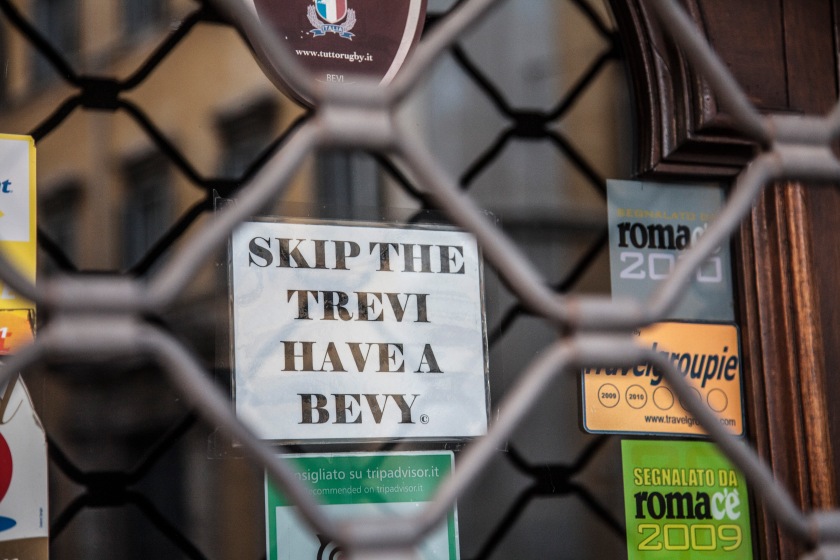 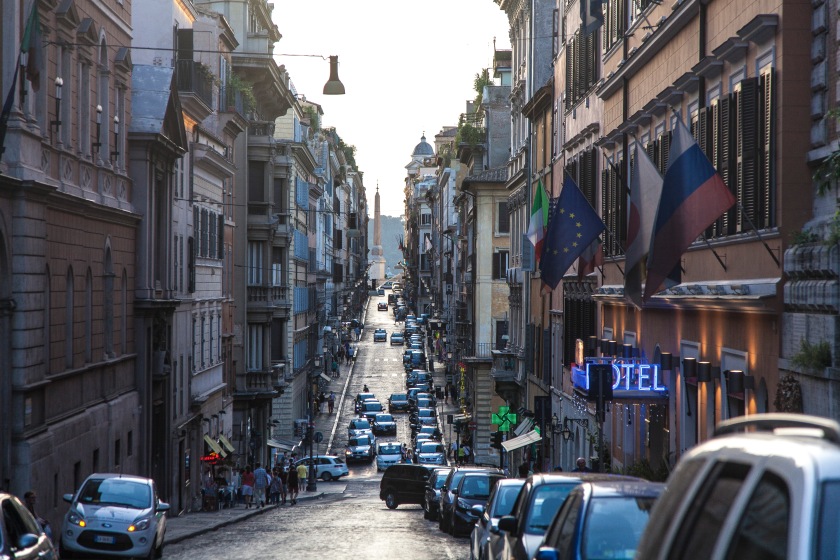 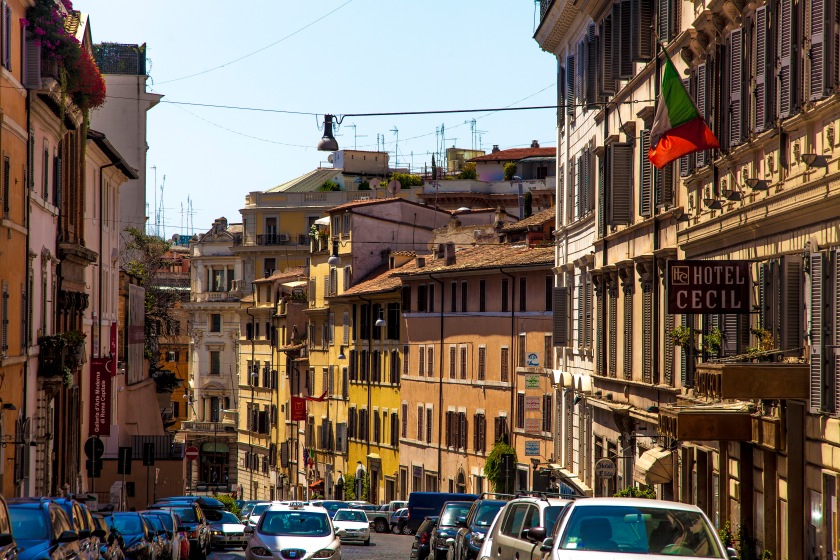 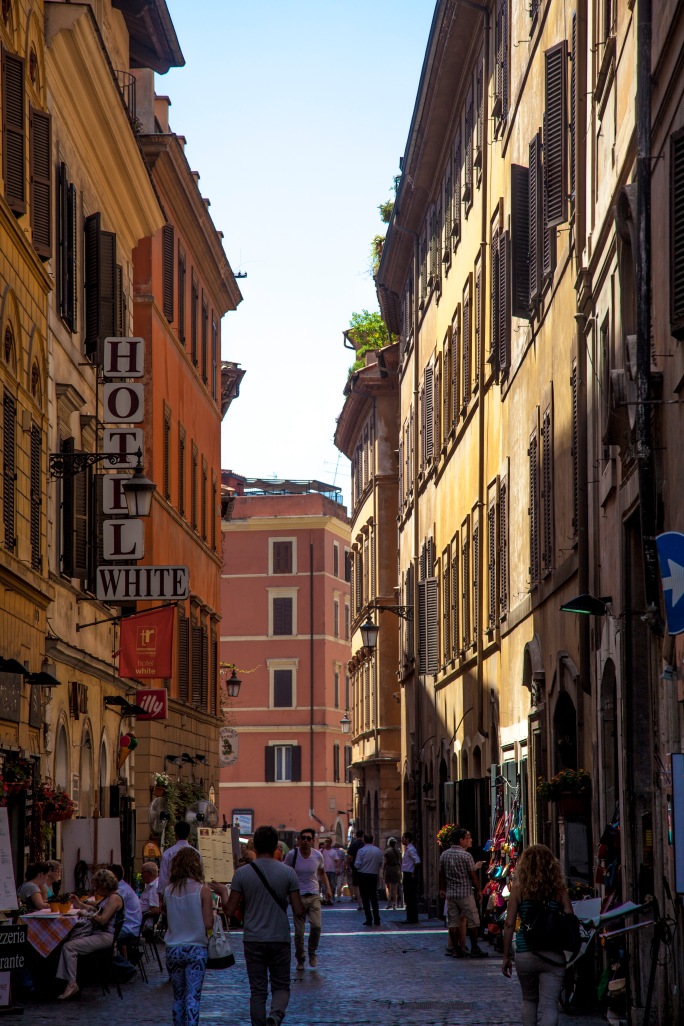 On our way back I started feeling unwell because of the heat, so had to go back to the hotel, where I just lay on my bed, like a beached seal, for a good two hours, although duty was calling me to continue sightseeing. The next item in line was the Mouth of Truth, where Audrey Hepburn and Gregory Peck’s characters put their hands in the unforgettable “Roman Holiday”. Unfortunately, when I got better and checked  the Internet, I realised that it had relatively short working hours and was closing at that very moment! In that case we decided to follow the example of the “Dolce Vita” characters and head to Via Veneto. The guide in our bus had promised we would spot celebrities and paparazzi hunting for them, we saw neither though.

3 thoughts on “Adventures of the Azeris in Italy – day 2”