Since I’m not travelling anywhere right now, I decided to dig out some of my old writings. Unfortunately, the photos aren’t as good as the ones in my posts about China – I didn’t have a very good camera back then, and my photography skills were much worse than now too. Voilà:

Here is the city of dreams – Paris, ladies and gentlemen! It starts with the Charles de Gaulles airport, with its moderately “jemenfoutiste” (something like “I-don’t-give-a-damn-ist”) staff, who don’t bother doing any unnecessary inspections.

The road from the airport is quite far from dreams, and so is the 18th district, through which we have to drive: dusty worn signs, dirty buildings…

It doesn’t take too long to get to the centre, or, more precisely, the Grand Hôtel du Palais Royal, where we will be staying. The staff here speaks English pretty willingly, thus saving me from unnecessary embarrassment – I am still somewhat scared to speak French.

But right after that, in a restaurant, I have no other choice than to do so. And I realise that I am understood – which is really good! Waiters in Paris restaurants (so far, on the particular example of the Les Fontaines de Saint Honoré restaurant) are totally unlike their, say, London colleagues – they are more fun, more bustling and more relaxed at the same time. So, cheerfully, bustlingly and relaxedly, they served us the famous French onion soup. The whole idea of an onion soup arouses scepticism among some people, but in fact it is something incredible… A thick rich broth + pieces of bread floating in it + melted cheese = something delicious and amazing. Yum!

We were taken for Spanish, and when we explained that we actually came from the former Soviet Union, for some reason all the waiters came into enthusiasm and even said: “Spasibo!”

After lunch we went out to scout the territory. It turned out that the Louvre was literally a few steps away from our hotel. 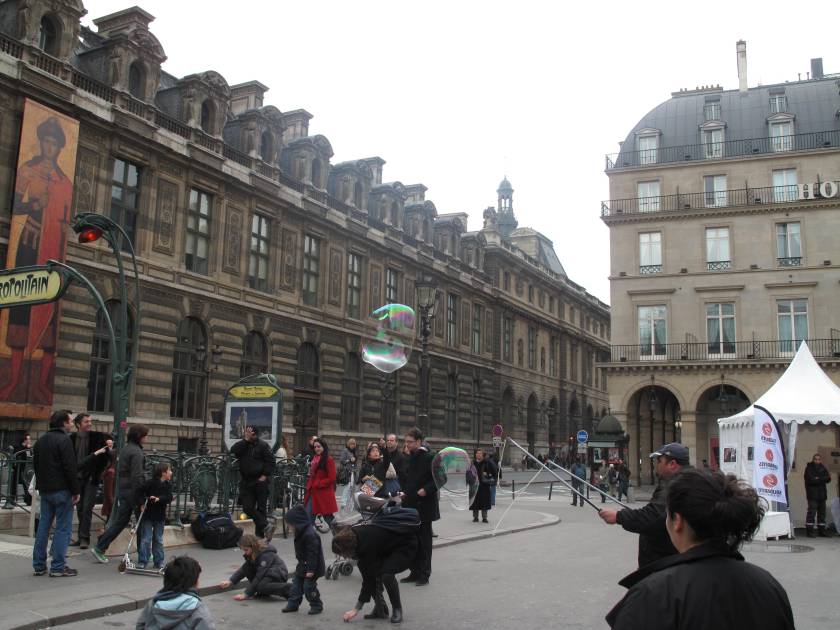 I was feeling quite stunned by the fact that everyone around was speaking French! I find it hard to break the mental barrier and start speaking it too yet. On the other hand, when I do, I see that it’s considered absolutely normal. That is, the French perceive foreigners speaking French to them as a totally natural thing. 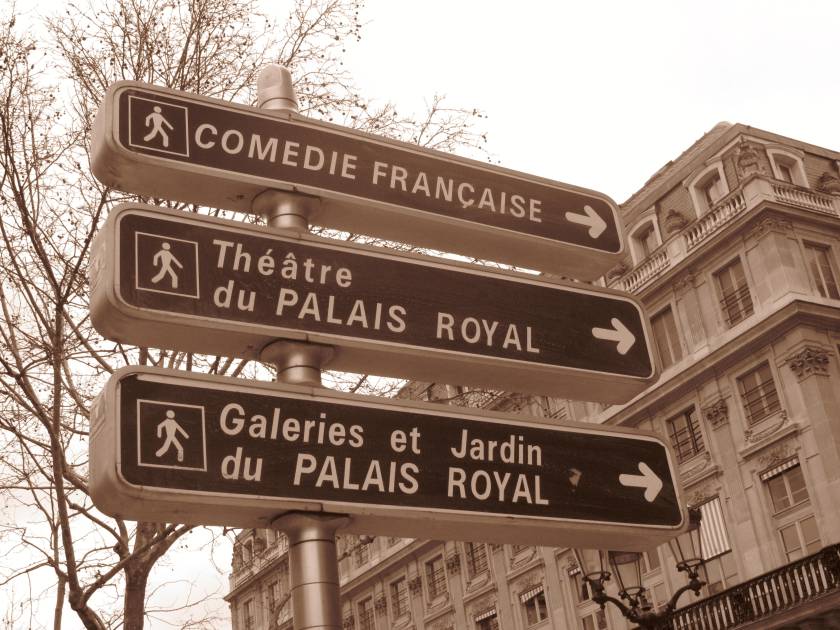 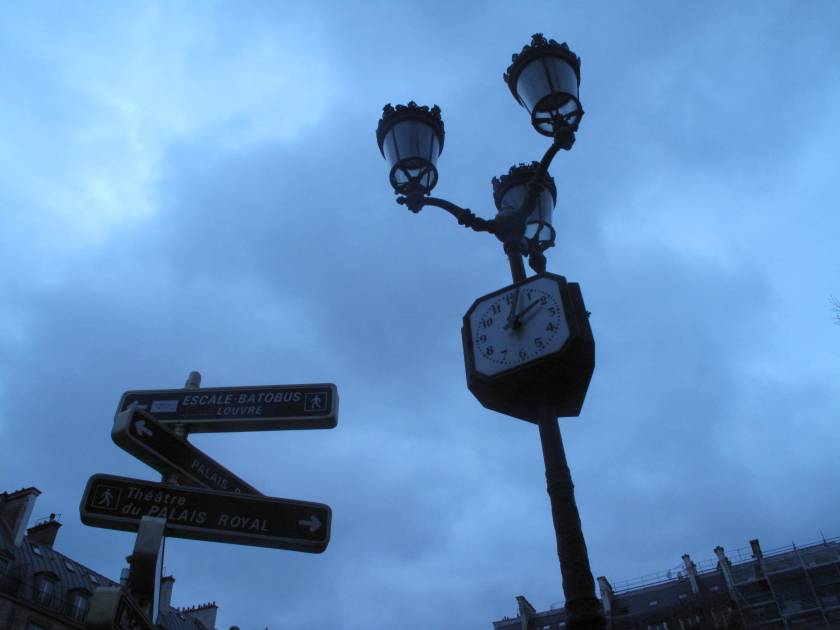 So we walked from the Louvre to the Paris Opera (which we didn’t recognise at once – it looked like the Paris Opera, but the deceptive inscription read “Académie Nationale de Musique”), and then turned to the Boulevard des Capucines. This is a very busy street, with endless bistros, cafes and restaurants, with a smooth and imperceptible transition into the Boulevard des Italiens. 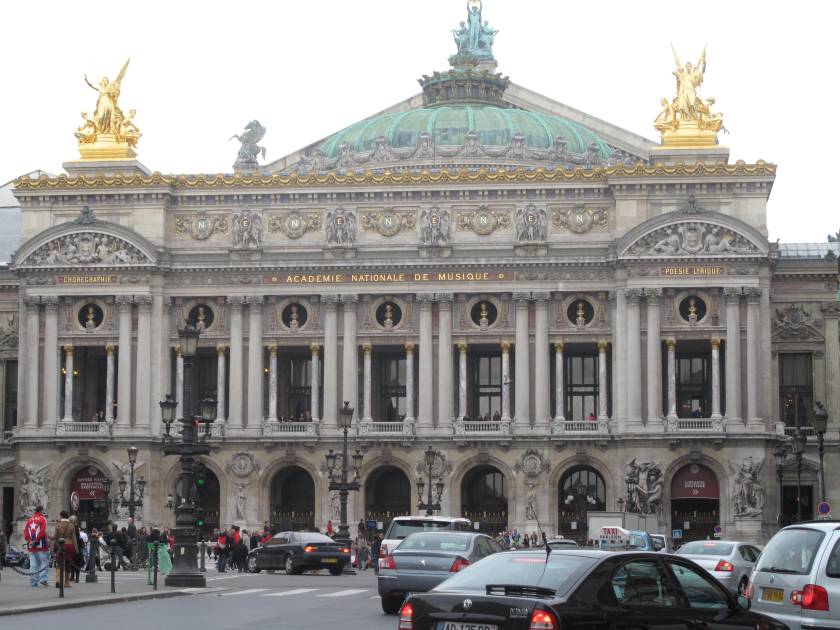 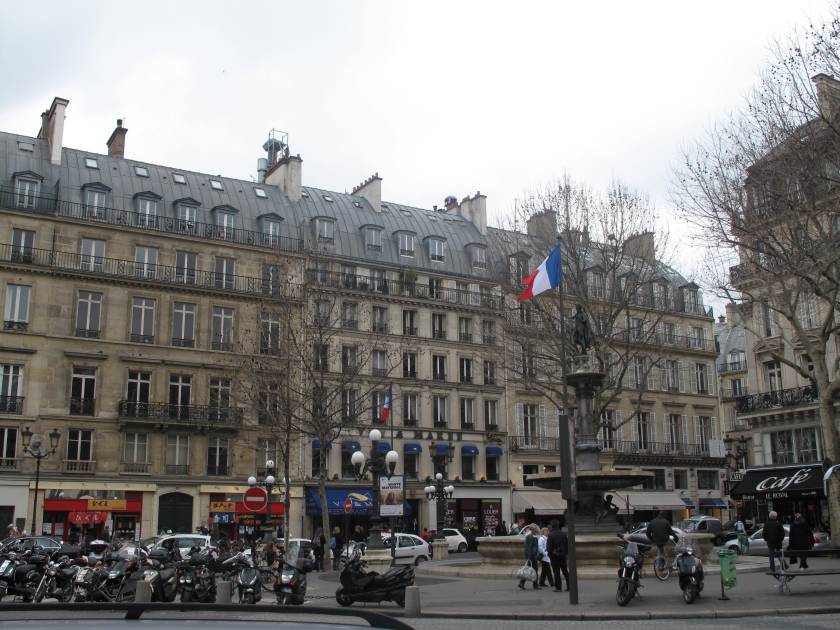 On our way back we dropped in a drugstore to buy some water and toothpaste. I couldn’t find toothpaste immediately, but just as I wanted to “show off” my language skills and ask “Est-ce que vous avez du dentifrice?”, I immediately noticed it.

In the evening, after a good nap, I met with an Azeri friend and we made the same route once again, ending up in the Bistro Romain on the Boulevard des Capucines. My friend strongly advised me to try carpaccio – thinly cut slices of raw beef or salmon, with some sauce. Surprisingly, I liked it.

And of course, I should mention the wine served everywhere – it is magnificent! It has none of the bitterness we are accustomed to, it is full of fruity aroma, in fact it has a “bouquet”, as wine experts call it.