Today, I won’t be entertaining you guys with a long post: we are travelling. At 10 am, right after breakfast, the driver picked us up and took us to the airport. We’re going to Chiang Rai! We arrived at the airport pretty early, so we even had time to have a Japanese set with miso soup, spicy chicken, rice, kimchi (for some reason!) and coffee jelly for lunch. 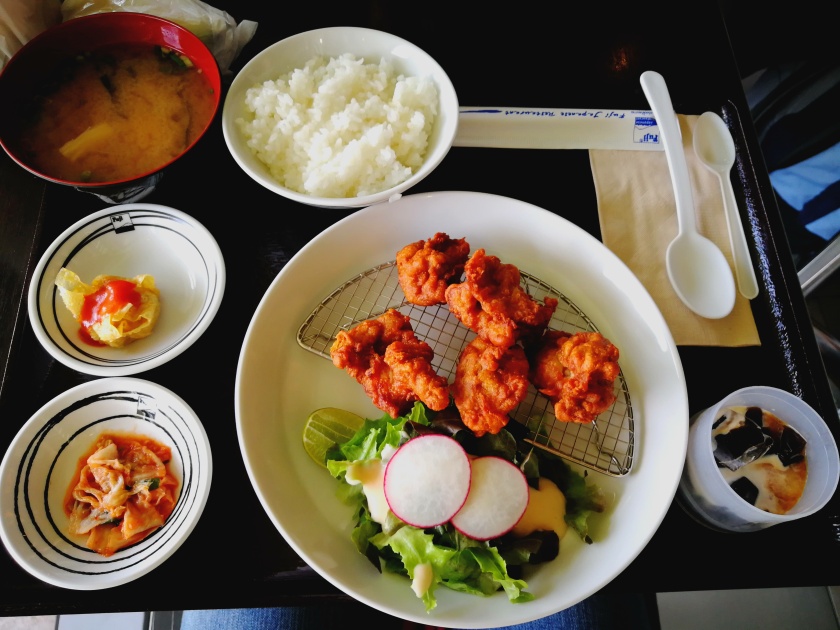 The flight took a little over an hour, and in Chiang Rai we were met by our local guide Dino and taken to our hotel. Chiang Rai is the ancient capital of the Lanna kingdom, later the capital was moved to Chiang Mai. It’s located in the north of Thailand, very close to the Myanmar border, and the climate difference with Bangkok is noticed immediately: it’s hotter and drier during the day, the vegetation is dominated by broad-leaved trees over palm trees, there are even conifers; and in the evening – I’m rushing ahead of myself – it’s cooler. The city itself is small, with pretty much one main street, where our hotel is located – this so reminded us of Hue in Vietnam that we even had a feeling of deja vu.

At the hotel we noticed a swimming pool, but couldn’t make it there today. Actually, according to our tour programme we were supposed to have the afternoon free, but Dino volunteered to show us a park outside the city, and off we went. The park, to be honest, wasn’t anything special – it had wide lawns, a few flowers, a few tea bushes and a large gilt statue of a dragon, that’s all. Dino said that the entrance to the main part of the park wasn’t free so we would not go there, and that there was a large tea plantation nearby. 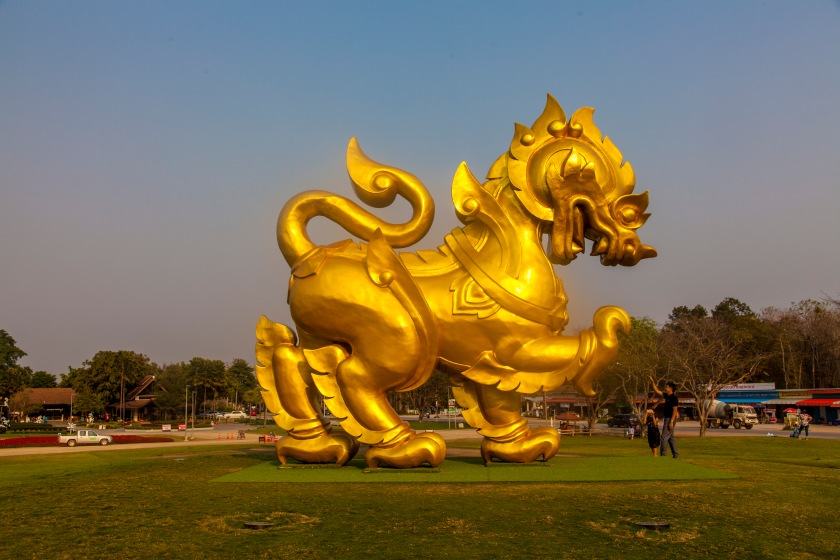 After the park Dino was still enthusiastic to walk around the neighborhood with us, but we already wanted to relax, so instead we headed to the massage parlour, found on Google, right around the corner from the hotel, which we didn’t regret at all. Such a pleasure!

And then we had dinner in a restaurant on the same street, with huge portions of fish, and after that strolled a little around the night market.