If you feel the urge to move somewhere, do yourself a favour and move to Asia. Here is where one understands that Europe has totally outlived itself, as Asia has already left it a hundred paces behind and keeps developing by leaps and bounds, while Europe is busy with stuff like gay marriage. Having breakfast in Asia is also much better – any croissant would pale in comparison with hot noodles and dim sum early in the morning!

Being in Singapore and missing the opportunity to visit the zoo would be a big sin. The zoo is huge here, and the animals are kept almost in freedom. We rejected the suggestion to go on a 3.5 hour zoo tour with a transfer from the hotel, as we wanted to neither have any time limit nor to overpay, and so we went there all on our own – first by tube and then by bus. We do sometimes end up in silly situations here, underestimating how everything here is made for the convenience of people, so coming out of the tube at the Ang Mo Kio station, we walked out into the street in search of a bus stop. We shouldn’t have walked out at all, though! It turned out that the tube station was directly linked with the bus depot.

The bus ride was long but seamless. We purchased regular zoo tickets only and not those for various safaris, as we were told that not all animals would be represented there till the end of the year. 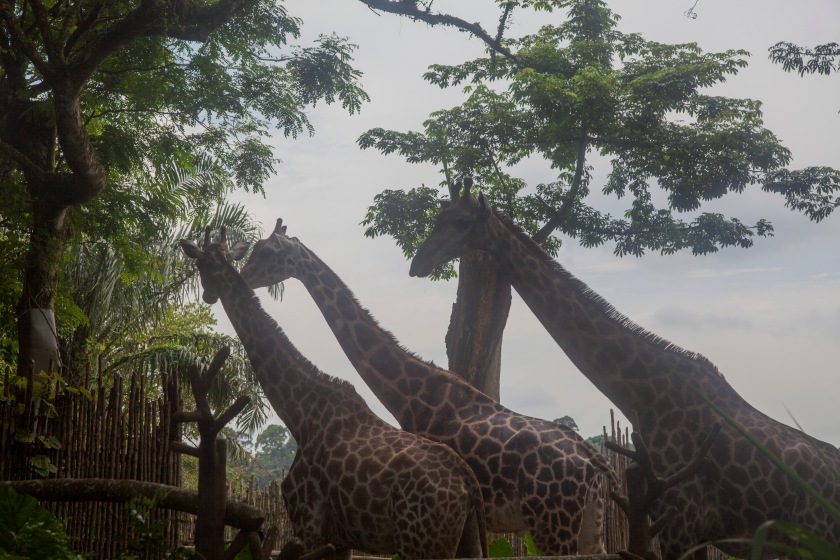 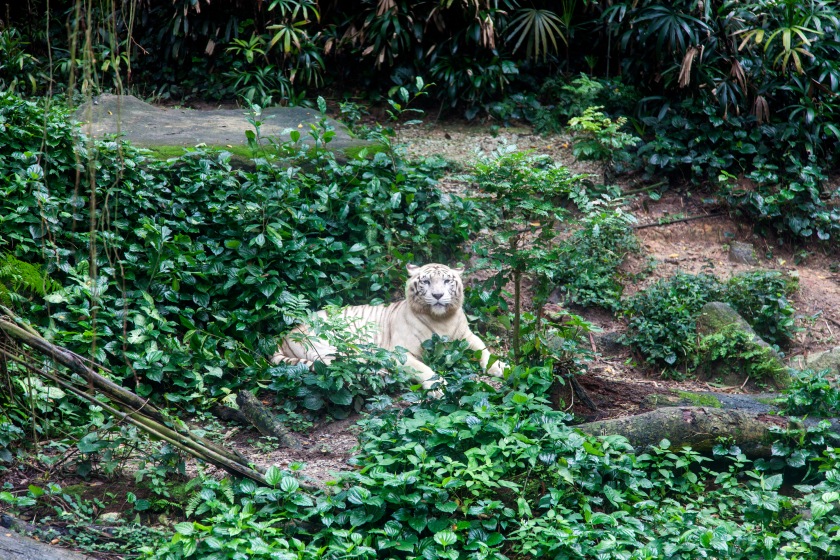 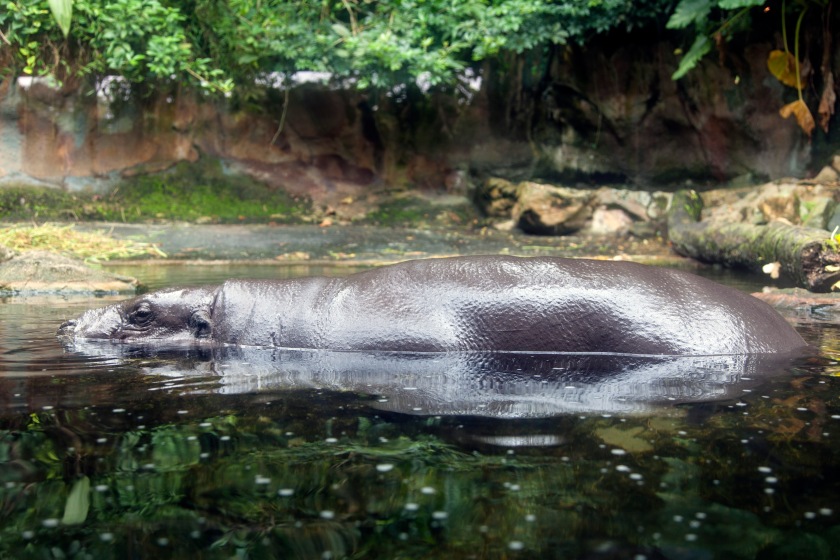 Even though we knew that the animals were more or less free here, it was still unexpected when we saw monkeys friskily jumping on the tree branches. As usual, most of the zoo looked more like the Land of Nod, though, for example the leopard cat did not even bother to come out of its shelter. 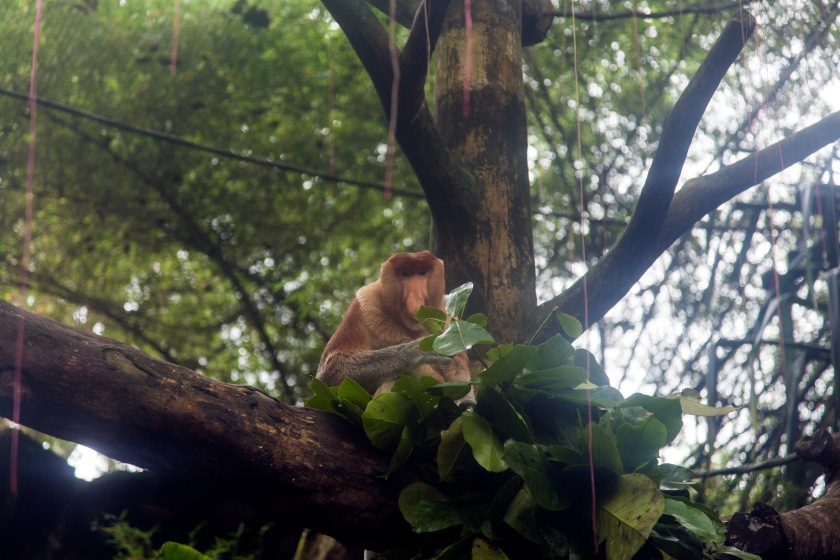 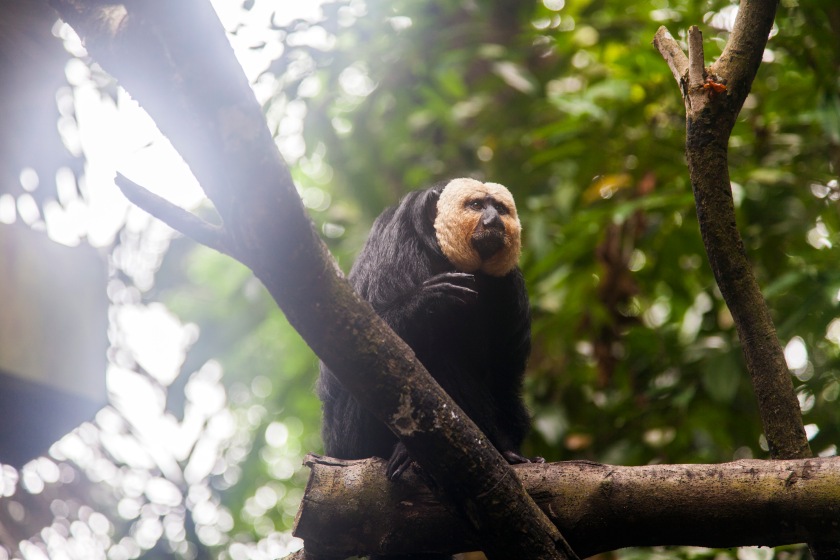 We literally had lunch with orangutans – we were sitting in the open cafeteria (the usual zoo type, with the only difference that it served Chinese, Malay and Indian dishes as well as western fast food) and they were swinging on ropes above our heads, landing on some kind of hammocks stretched between the branches, and eating leaves. 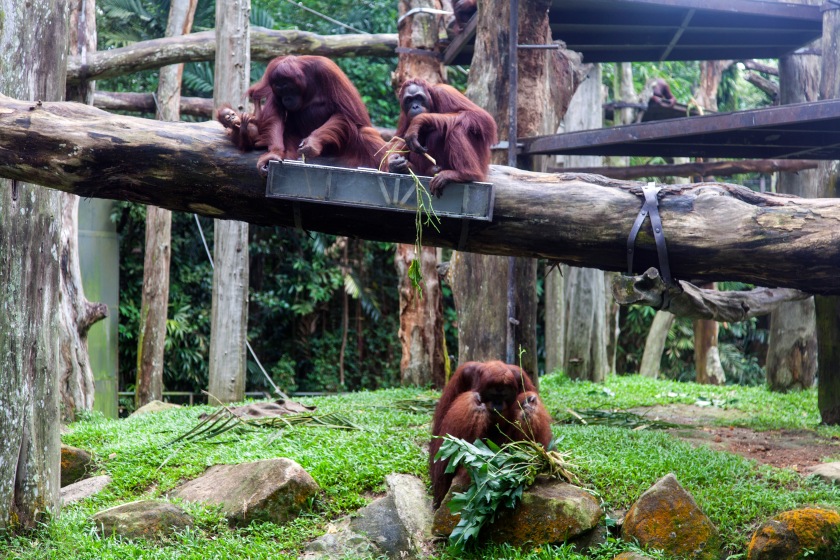 The zoo offered a chance to ride on elephants. We had a thought about it, which, however, somehow never materialised. Generally there was a huge variety of animals: there were lemurs, and babirusas, and porcupines, and tapirs, etc. 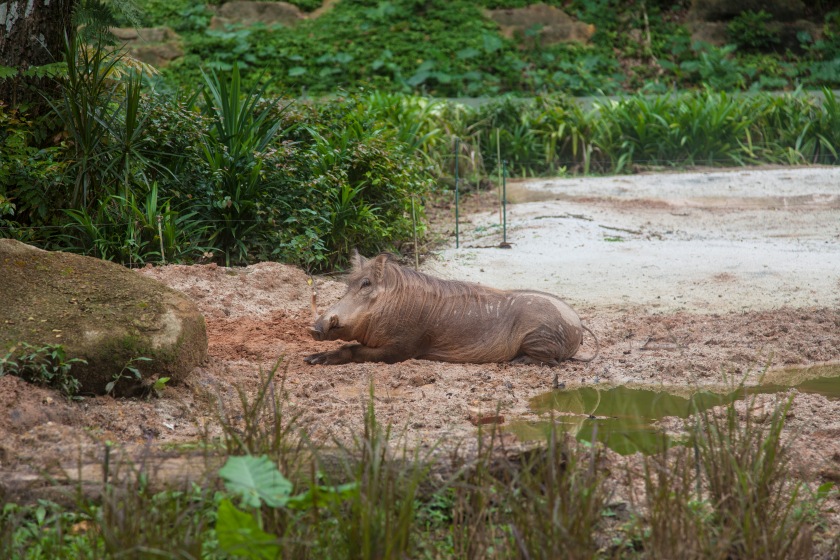 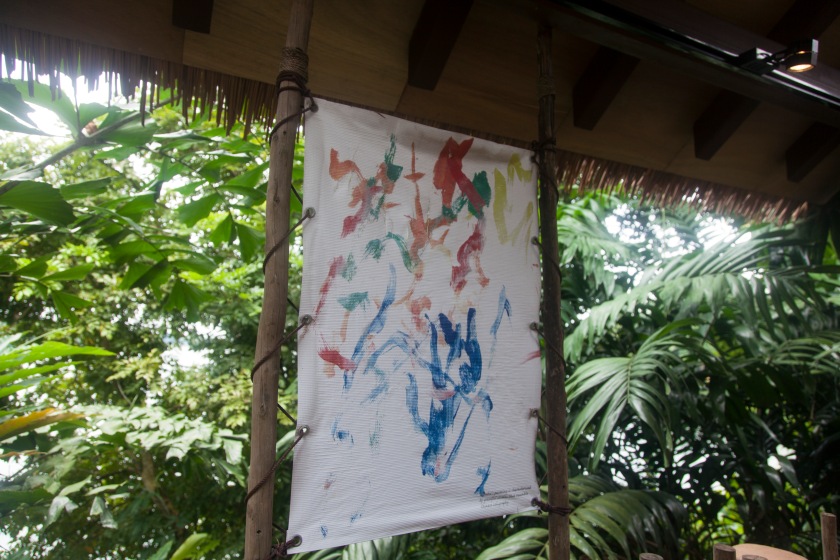 I am traditionally fond of reptiles, especially snakes – certainly not enough, however, to welcome their behaviour, as during Harry Potter’s London Zoo visit. 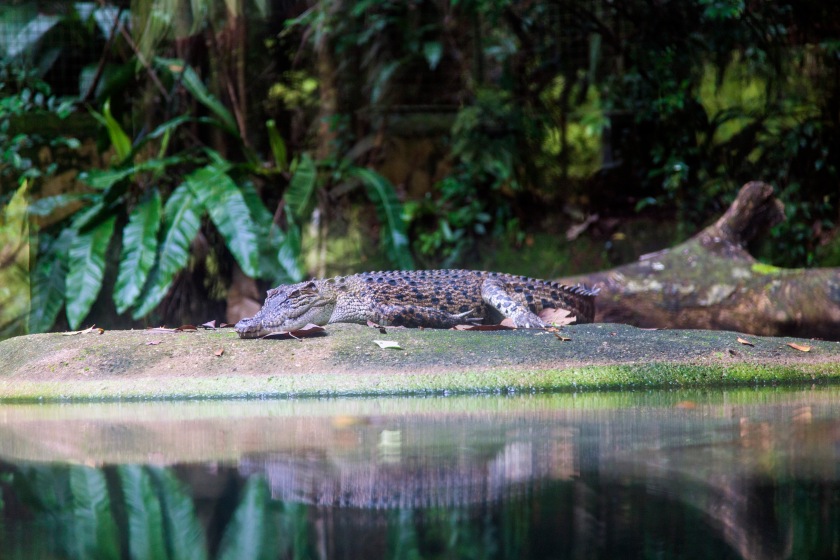 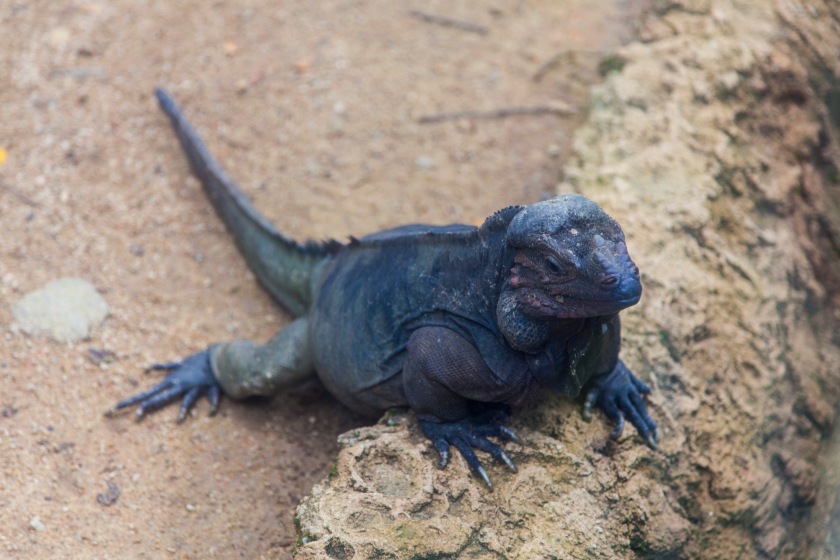 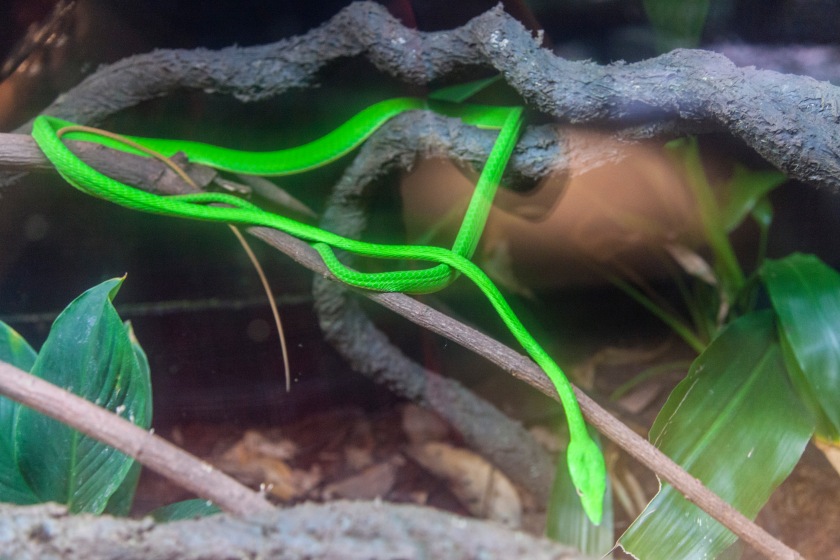 Generally, all animals were grouped according to different parts of the world and climatic zones, even the cold tundra was represented here, particularly, there was a dirty polar bear swimming in circles in a huge pool, following exactly the same trajectory, even poking its head to breathe strictly in the same place, and the large glass allowed to see it under the water as well, like in an aquarium.

We were lucky with the rain – again! – it started pouring when we were drinking tea under the roof of the cafeteria, just before leaving.

In the evening we decided to explore Singapore’s nightlife, and following all the tips we had read on the Internet, headed to Clarke Quay, where all the entertainment seemed to be focused. Apparently, there’s not much happening there on weekdays – for instance, none of the places supposed to be night clubs was functioning as one; instead they only served as a shelter for those few visitors wishing to have a drink or two. Most of the people were concentrated in the waterfront restaurants and were eating, eating, eating (and still, there weren’t too many, indeed, Singapore somehow looks surprisingly uncrowded – I wonder whether this is a seasonal phenomenon, or something permanent), but even those left at around 11pm.